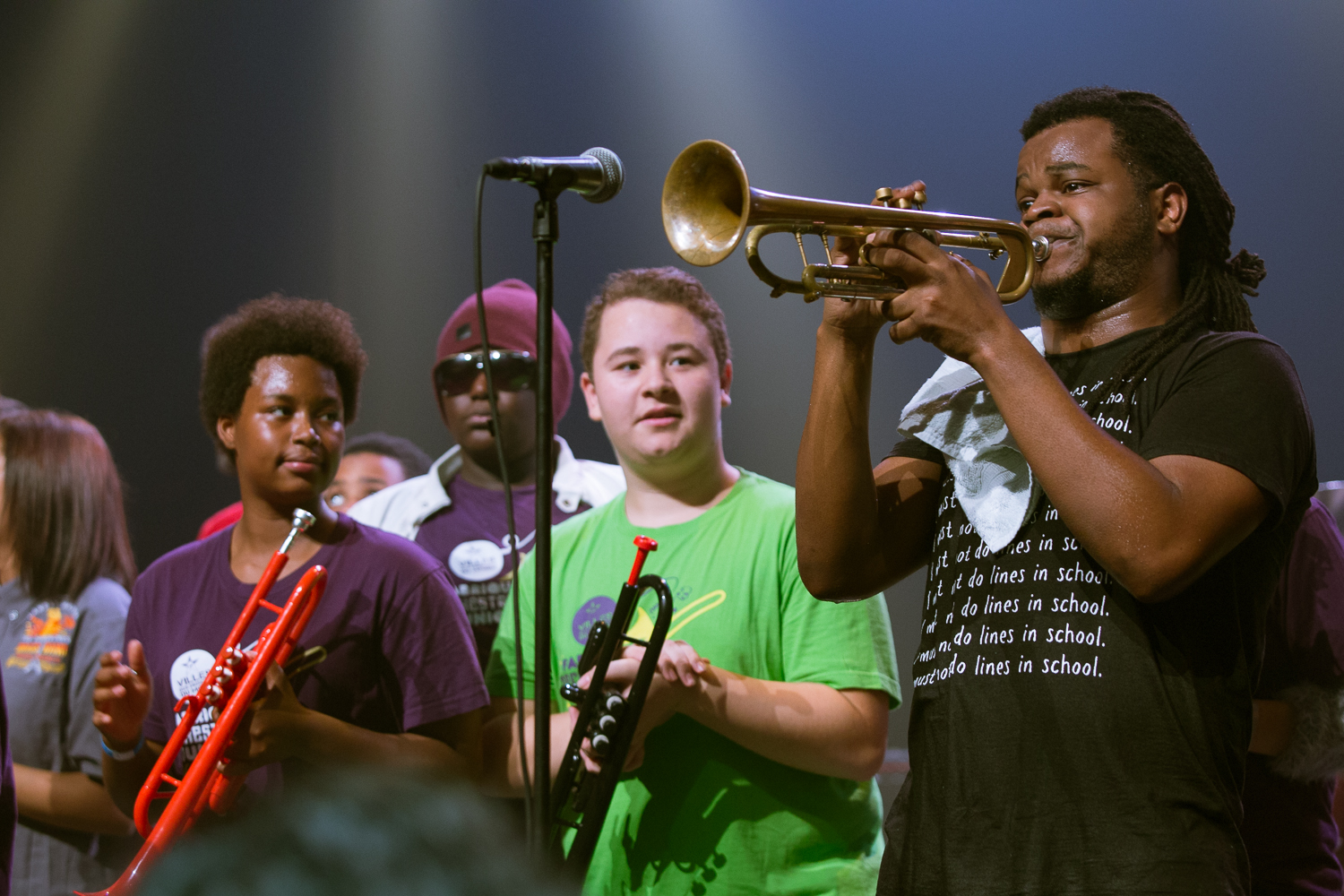 As part of their tour in France, the Hot 8 Brass Band joined forces with a local New Orleans-themed brass band and members of a youth music program for a performance at the Festival Villes des Musiques du Monde in Aubervilliers, outside of Paris on Sunday, November 6.

In 2013, the documentary The Whole Gritty City shed some light on the positive effects that youth music programs and brass band culture have had in various communities around New Orleans. With the film traveling internationally, and New Orleans brass band music exploding in popularity abroad in recent years, community leaders have been inspired to replicate the phenomenon at home.

In the Eastern suburbs of Paris, the Villes des Musiques du Monde association promotes musical practices and education. In 2014, the organizers put together the Cap to Nola brass band as a new music program and welcomed New Orleans’ The Chosen Ones for a master class. With the success of the brass band, the organization combined this element with their youth music education program, Fabriques Orchestrales Juniors, to teach the New Orleans repertory to musicians ages 11 to 18.

For the association’s annual festival, one day was dedicated to their New Orleans-themed initiative, with a screening of The Whole Gritty City followed by a Q&A with former bandleader at George Washington Carver High School Wilbert Rawlins Jr. Cap to Nola and the young students then proceeded to lead a large audience into a music venue, while playing staple second line anthems.

The Hot 8 Brass Band finally took over for a powerful performance in front of an ecstatic French audience. For the final numbers of the show, the students and local brass band stormed the stage and joined the New Orleans artists for a long rendition of “Second Line.”

The concert came to an end leaving musicians, students, organizers and people in the audience smiling. A good evening to embody the power of active neighborhood associations and of sharing of culture across continents. 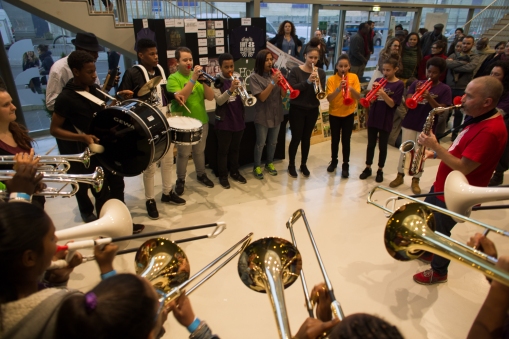 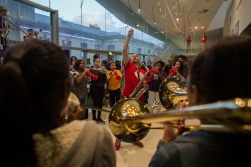 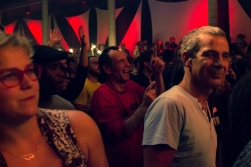 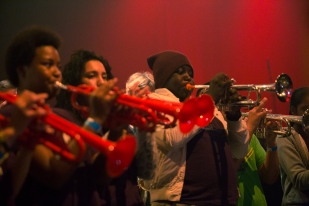 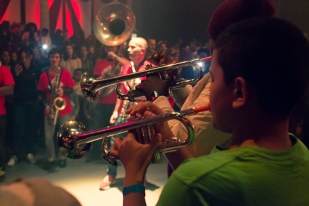 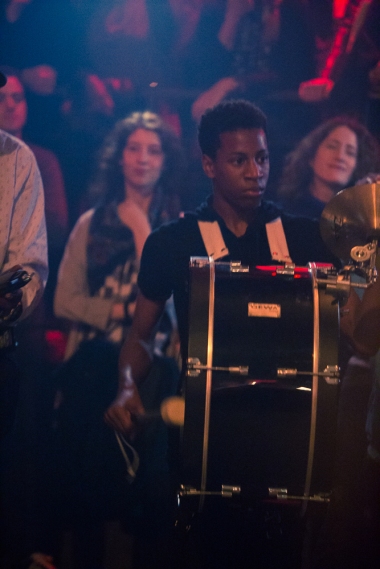 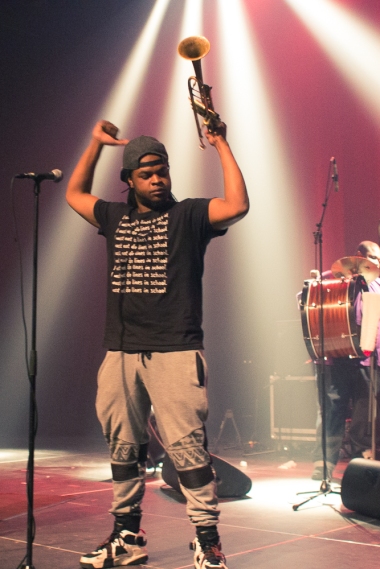 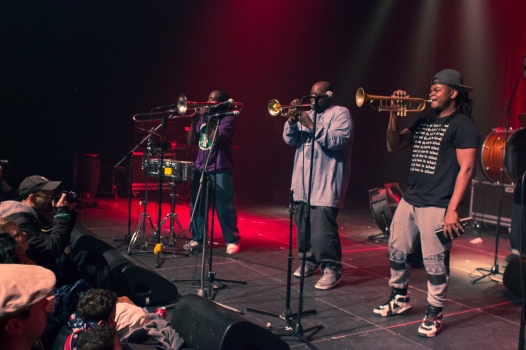 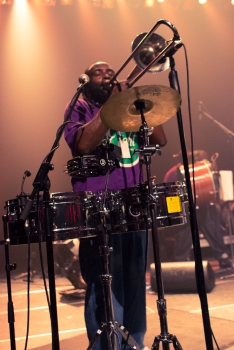 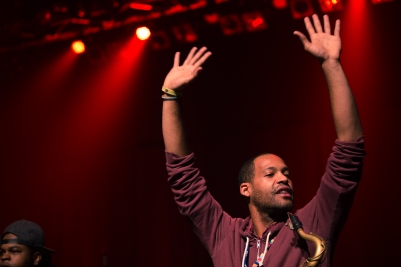 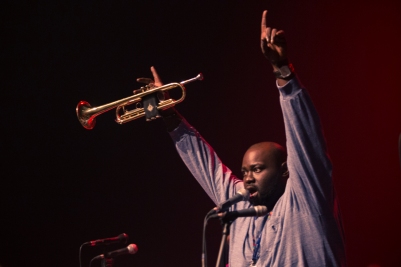 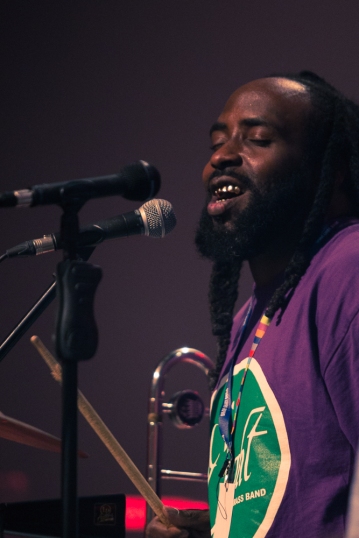 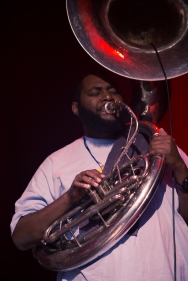 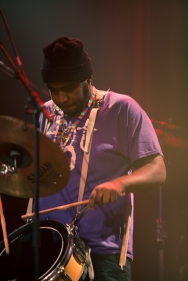 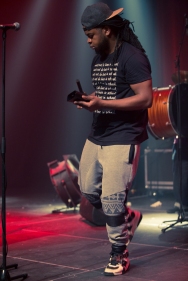 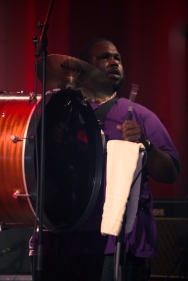 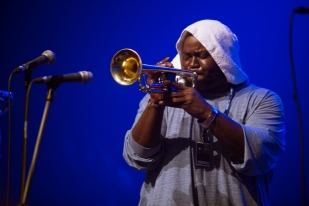 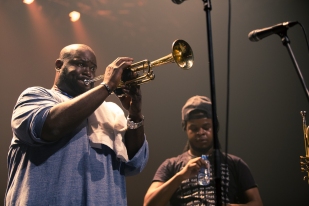 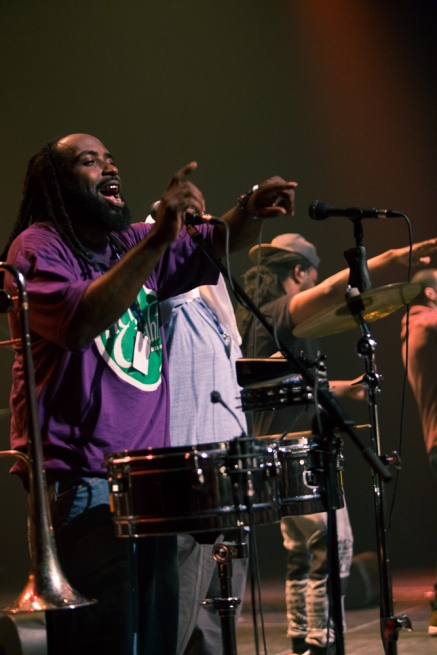 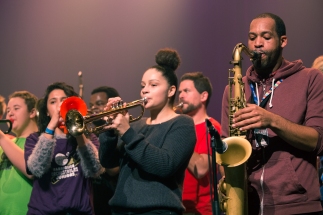 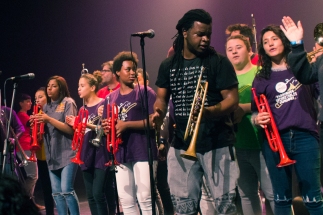 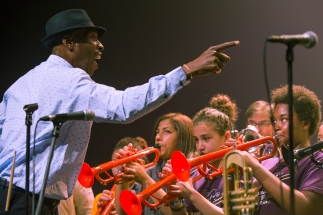 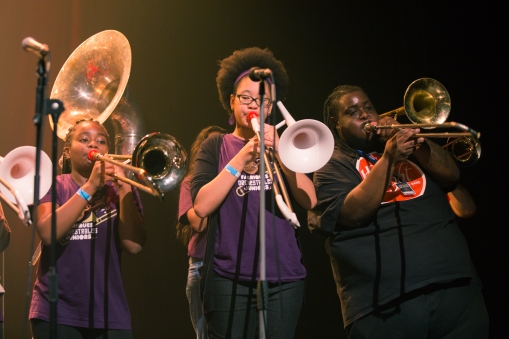 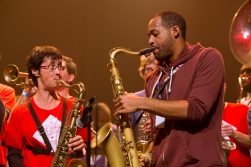 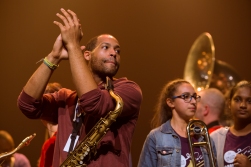 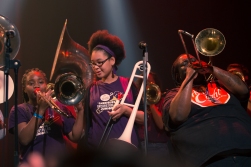 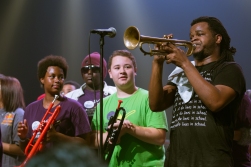 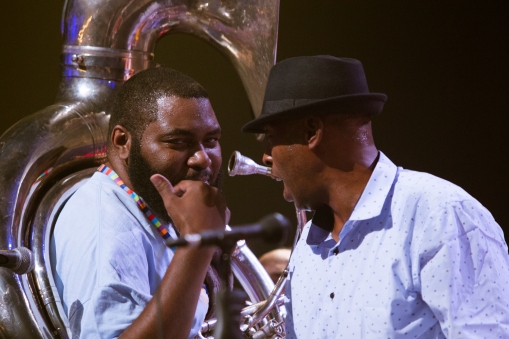