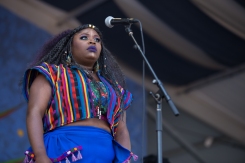 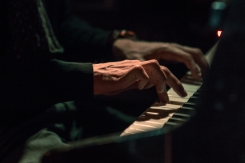 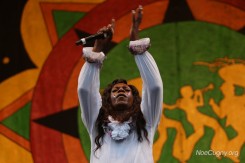 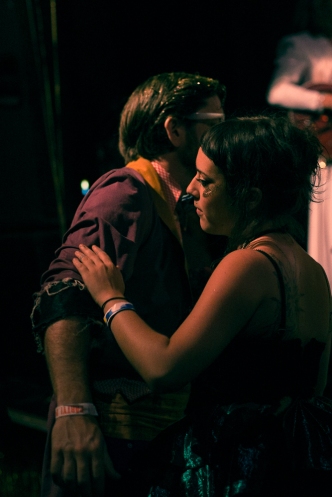 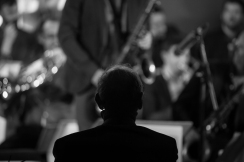 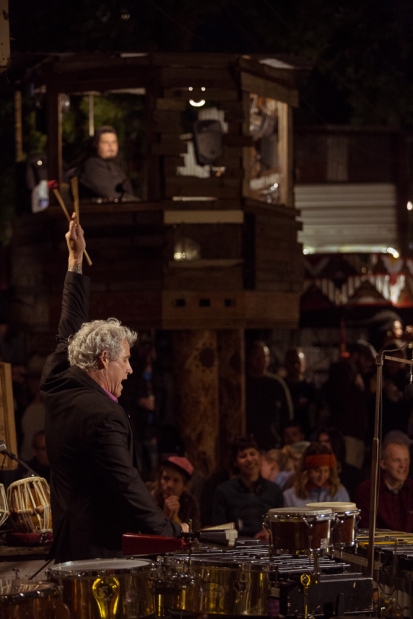 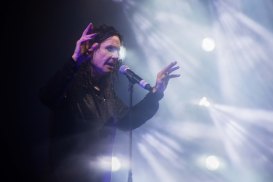 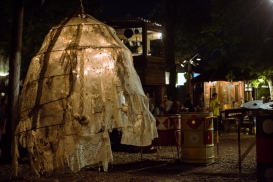 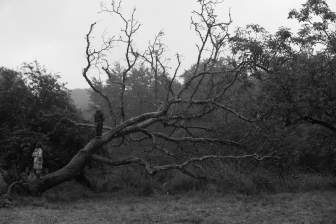 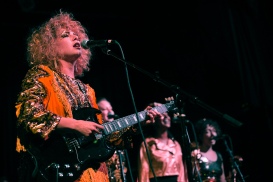 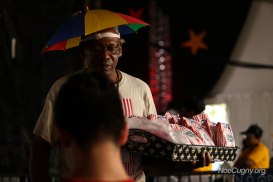 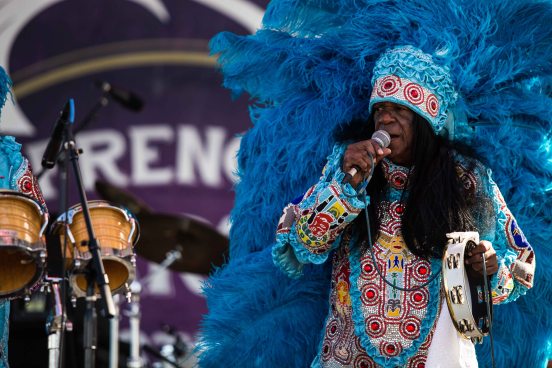 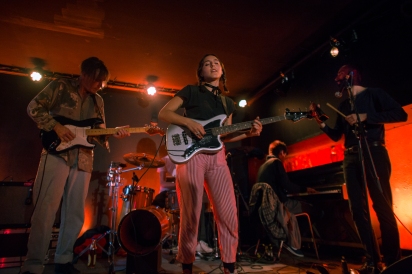 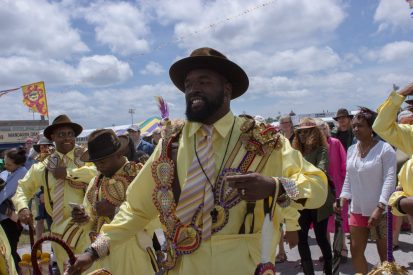 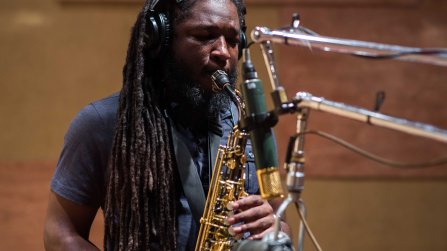 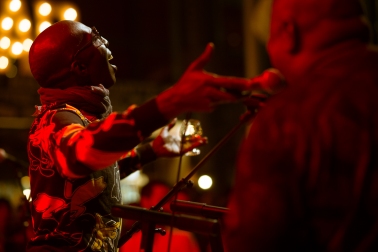 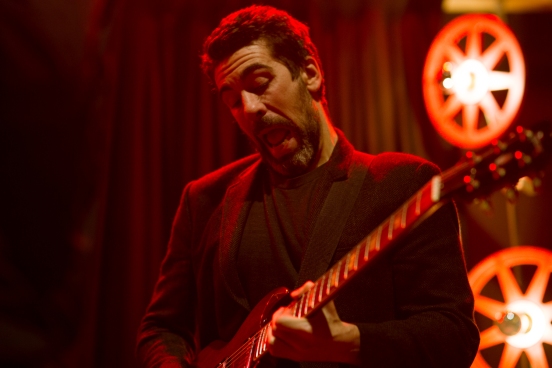 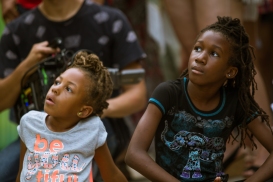 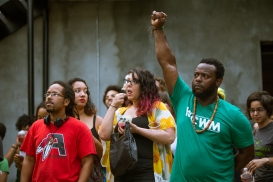 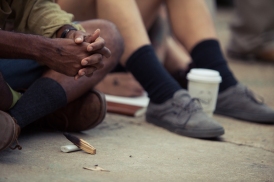 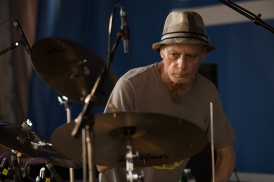 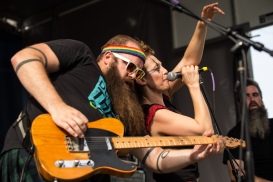 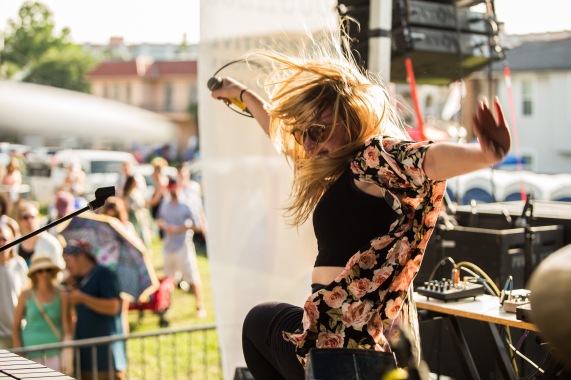 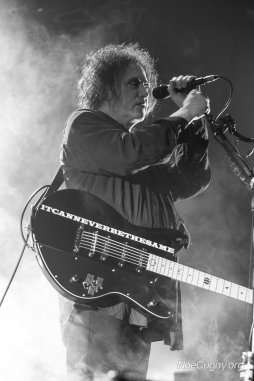 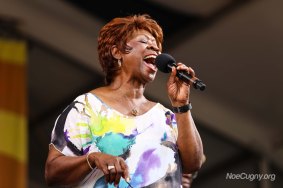 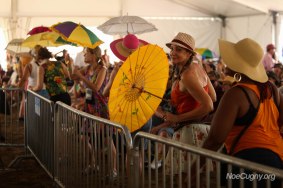 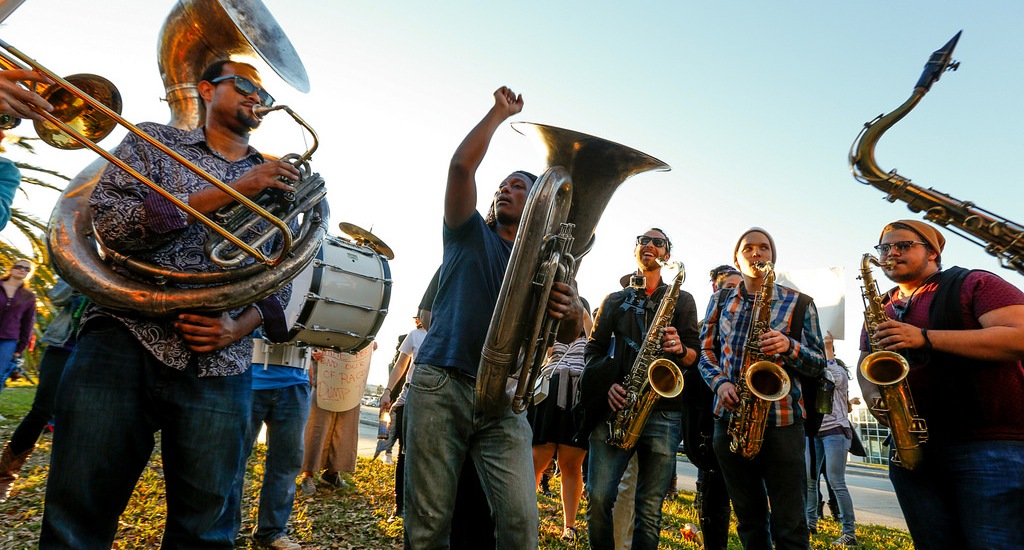 Musicians and protesters gathered in front of the Lakefront Airport on Friday, March 4, to speak out against the Donald Trump Rally.

Protesters met in the area before starting a second line that led the group down Stars and Stripes Boulevard to the airport. Different activist groups joined the “Trumpets Trump Drumpf” movement, including union workers, Black Lives Matter activists and more.

“I remember how effective the second line protest against the sound ordinances were and thought ‘hey, maybe I should make this an event page and invite some people,’” said saxophonist Etienne Stoufflet who helped organize the initiative.

Dozens of signs were waved to the rhythms of staple second line songs, and the groups broke into chants, like the popular “No Trump, no KKK, no fascist U.S.A.”

Stoufflet said he wishes this initiative inspires other New Orleanians and people beyond it to “stand up to people that stand for oppression, racism, and taking advantage of others.”

“Reading and hearing what trump had to say and what he stood for seemed absurd to me. Most of what he stood for was polar opposite then what I stand for,” said saxophonist Bruce Menesses, who joined the parade. “When I heard about this event I saw it as a chance to make a difference.”

A group of protesters eventually made their way into the rally, from they were later expelled by security, while Trump’s voice resonated throughout the building and beyond, “Get’em out of here! Get’em out!”